New issue out now, featuring a range of writers, including Mark Waldron, Chris Kerr and Other Room readers SJ Fowler and Sarah Kelly.

Sarah Kelly at our last reading in June 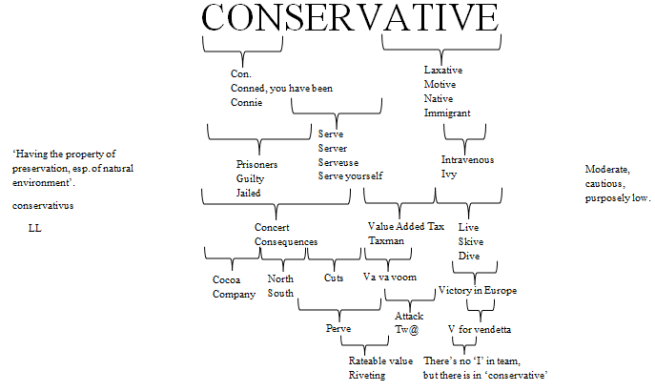 Martin Palmer is based in Morecambe. A graduate of the Edge Hill Creative Writing programmes, his Deconstructivist poetry has featured on Robert Sheppard’s Pages, and in Question Mark and other works have been performed at events in Liverpool and Manchester. He blogs at Blogtastic.

Sarah Kelly is a poet and artist currently based in London. She is the author of Ways of Describing Cuts (with Steve Fowler) (KFS, 2012) and Locklines (KFS, 2010) and has published work in various journals, magazines and anthologies including Dear World and Everyone In It (Bloodaxe). Her recent work is primarily focused on the visual and textual and centres around her practice as a hand paper-maker and she featured in the Haywood anthology The New Concrete. She has exhibited and performed nationally and internationally and was the 2015 poet in residence at the University of Loughborough. She has co-edited the Spanish language poetry journal Alba Londres and is the director of Molino Editions. She is currently completing AHRC post graduate research into ‘the page’ at the Royal College of Art. www.sarahelizakelly.co.uk

Sam Riviere’s books include Kim Kardashian’s Marriage (Faber & Faber, 2015), Standard Twin Fantasy (Eggbox, 2015) and 81 Austerities (Faber & Faber, 2012), which won the Forward Prize for Best First Collection. He studied at the Norwich School of Art and Design, and holds a PhD in Creative and Critical Writing from UEA and was a recipient of a 2009 Eric Gregory Award.http://samriviere.com/

Held on October 31st 2014 at the Rich Mix Arts centre, Day of the Deaded celebrated the Mexican festival of Dia de Muertos in London with 7 original readings and performances firmly rooted in the European avant garde tradition. Part of the Enemigos project, Day of the Deaded was produced by www.weareenemies.com Films from the event are now online, including this from Sarah Kelly. Full list as follows: 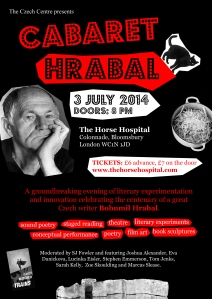 One of the boundless figures of late 20th century Czech literature, Bohumil Hrabal was a novelist, a drinker, a bon vivant, an avant gardist, a railway dispatcher during the Nazi occupation, a traveling salesman, a steelworker, a recycling mill worker, a stagehand… His novels, which include Too Loud a Solitude, Closely Observed Trains, and I Served the King of England, were censored under the Communist regime, yet have since been translated into nearly thirty languages. A survivor of both the Nazi and Soviet occupations of Czechoslovakia, much of Hrabal’s work juxtaposes the darkness of history to the comic, human-scale happenings of the every-day. His oeuvre is as inimitable as his novels are unforgettable.

A collaborative chapbook by Steven Fowler and Sarah Kelly, out now on the unstoppable Knives Forks and Spoons.