Peter Hughes is based in Hunstanton, having worked as a teacher and translator in Italy and the UK. He is the publisher of the Oystercatcher Press chapbooks and has had his own works published by a wide range of presses, including Equipage, Shearsman and Reality Street. His most recent publications are Quite Frankly: After Petrarch’s Sonnets (Reality Street, 2015) and Cavalcanty (Equipage, 2015)

Ian Patterson lives and works in Cambridge, where he is a fellow of Queens’ College. He is well known for his work on Modernism and C20 and contemporary literature, especially poetry. A Selected Poems was published by Salt in 2003 under the title Time to Get Here. Since then, The Glass Bell (2009) has appeared from Barque, as well as Time Dust (2015) from Equipage and Still Life (2015) from Oystercatcher.

The event is free to attend, but booking is essential. 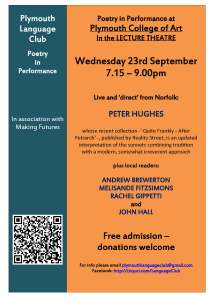 Peter Hughes will read at The Other Room on 10th June, 7pm, alongside Amy Cutler and Luke Allan.

I sometimes wrote in Italian, in an exploratory kind of way, just for myself, in notebooks. I didn’t try to publish it. Mainly I contented myself with reading Italian, and sometimes translating from Italian into English.

Read more of this interview with Peter Hughes HERE

Amy Cutler will read at The Other Room on 10th June, 7pm, alongside Luke Allan and Peter Hughes. Below is an example of her series Suckers. 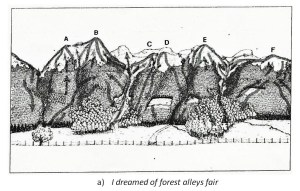 Luke Allan will read at The Other Room on 10th June, 7pm, alongside Amy Cutler and Peter Hughes. Below is an example of his work – one sandwich from his series ‘eight sandwiches’. 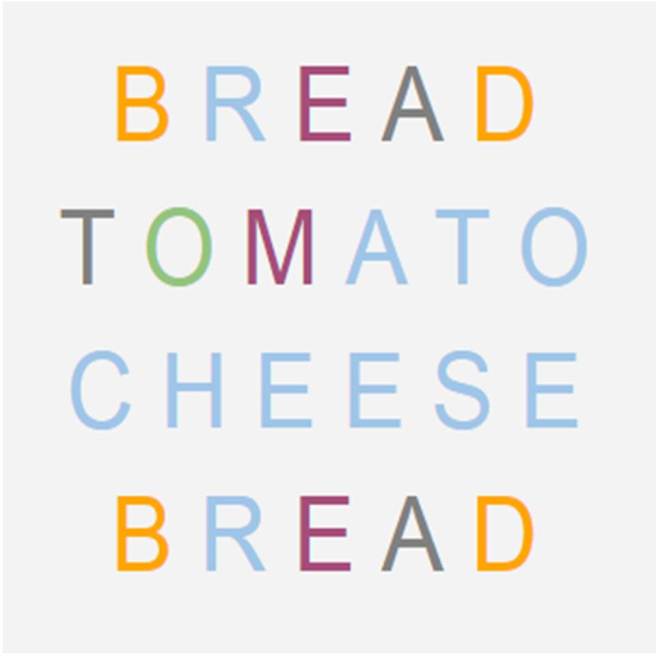 FREE reading by poet, artist and publisher Peter Hughes. All welcome but please book in advance by clicking on the link http://www.dmu.ac.uk/cultural-exchanges-festival/2015/cultural-exchanges-festival-2015.aspxPeter has published a number of collections and his adaptations of Petrarch are due out this year. He is also the editor of the award-winning Oystercatcher Press.

Out now on Oystercatcher.

By Peter Hughes. Limited edition of 40 £5 (UK) inc p&p. Out now from The Red Ceilings Press.

“This short book by Sarah Crewe, published by Peter Hughes’ always interesting Oystercatcher Press, poses many questions. The first is: what exactly is it? Is it a long poem, a sequence of poems or a collection of discrete pieces? Reading flick invicta, the reader is repeatedly presented with these questions and is always looking for connections, for a way of navigating the text and understanding its internal wiring. Content is constantly framed and reframed. Perhaps the most pertinent analogy is that of a Venn diagram with many circles of context, voice, syntax and style. Where these circles intersect is where the poetry happens.”

Read more. Buy a copy at the Oystercatcher site.

Jessica Pujol i Duran: every bit of light

Out now at the Oystercatcher site.