There will also be readings celebrating MJ Weller’s Homebaked Books.

Films from the first of the four events in the Kakania project, in which contemporary writers and artists respond to the work of key cultural figures in Habsburg Vienna, are now online, Above is Marcus Slease on painter Max Kurzweil with a full list below.

“There is only seeing and, in order to go to see, one must be a pirate” said Kathy Acker. This is pirate literature. On a train. Partly inspired by Ted Berrigan’s Train Ride from 1971, Rides has a reality hunger. A mash up of memories and  observations on train rides all over the U.K. Out now on Blart Books. First broadside out now, for £1.

One of the boundless figures of late 20th century Czech literature, Bohumil Hrabal was a novelist, a drinker, a bon vivant, an avant gardist, a railway dispatcher during the Nazi occupation, a traveling salesman, a steelworker, a recycling mill worker, a stagehand… His novels, which include Too Loud a Solitude, Closely Observed Trains, and I Served the King of England, were censored under the Communist regime, yet have since been translated into nearly thirty languages. A survivor of both the Nazi and Soviet occupations of Czechoslovakia, much of Hrabal’s work juxtaposes the darkness of history to the comic, human-scale happenings of the every-day. His oeuvre is as inimitable as his novels are unforgettable. 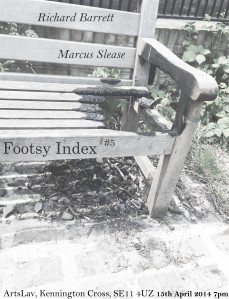