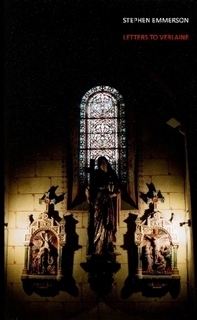 Blart are pleased to present the first in a series of special editions of Blart Magazine with Letters to Verlaine by Stephen Emmerson.

Tom Jenks has a new book out by the great blart press.

Spruce is poem of the long now, where everything that happens and has happened happens at once, where King John and Lenin occupy the same space as Piers Morgan and the cast of Glee. Written rapidly in longhand on lunch breaks, on public transport and in various provincial shopping malls and melancholic chain hotels in David Cameron’s Britain, Spruce could be called a business park pastoral or a sustained work of muffled hysteria, like someone screaming under a duvet.

‘These pages are strewn with shreds of words: unevenly dispersed, semantically uncomfortable in each other’s company, they stumble together to make momentary meaning before drifting apart on the white space of the page.’

Out now on Blart.

Ludicrous Aesthete was written for the Reel Iraq festival at London’s Rich Mix in March 2013: “obstinate dogmatic cunning capable// lion asks: is it written anywhere that/it had to be found in the darkness.” Out now on Blart.

Pharmacopoetics – pill poems to be swallowed with a glass of water. By Stephen Emmerson. Out now on Apple Pie Editions and available via Blart.

Issue 2 of Blart is out now, featuring: