Peter Jaeger’s stunning new book, Midamble, is out  priced at the snip of £12.

About the book
Midamble is a long poem that concerns Peter Jaeger’s interest in walking practice; in particular his travels on a variety of pilgrimage routes. A prose poem, it comprises two bands of text: the top level is a list of walking experiences whilst the bottom re-appropriates materials from comparative religion texts. Midamble is a poem that is clearer than crystal, and possesses a musical quality that is comparable to seminal and contemporary minimalist music.

The poem also has a life in durational performance. When read live Midamble demonstrates its consistency as well as its diversity. In such performances listeners are invited into a collective experience in which they can engage with ideas for as little as a moment or as long as several hours. Indeed, perhaps its most enduring feature is its quality of having no fixed entry or exit point.

About the author
Peter Jaeger is a Canadian poet, literary critic and text-based artist now living in the UK. His recent publications include John Cage and Buddhist Ecopoetics (Bloomsbury 2013) and 5404 (University of London Veer Press 2014). He has also published A Field Guide to Lost Things with if p then q. Jaeger is Professor of Poetics at Roehampton University in London.

Riccardo Boglione, It is Foul Weather in Us All

Riccardo Boglione sent copies of Shakespeare’s The Tempest to twelve artists living in Europe and America, each copy in the language of the country of residence of the artists, asking them to leave the book outside to the weather for as long as they wanted. The pages from those mistreated volumes reconstruct a Frankensteinian version of the play. In an extension of the metaphor of the tempest, the author gathers a small collection of injured volumes, mimicking Prospero’s book. Simultaneously he produces a version of Shakespeare’s play that shakes notions of authority (who is the real author? The invited artists? The English Bard? Boglione? The translators? Bad weather? Time?) and aesthetics (the ‘work’ of rain, snow, wind, and sun transformed the text’s characteristics, giving it a sculptural dimension that obfuscates its literary one). At stake once again, the perpetual dualisms: objects and words, nature and culture, Old and New World.

Field Poetics explores five different places, each with a story to tell, each with a unique mode, form, and vocal register through which to tell it. The writing journeys through a sequence of Andrei Tarkovsky’s ‘film images’, the multi-dimensional, interconnected space machine of the Bonaventure Hotel in Los Angeles, maritime pockets on the edge of the city of Lisbon, a history of silence and surveillance in a derelict wing of the Cork City Gaol, and the transposition of a centuries-old landscape aesthetic through video, performance, and pop in fourteen locations across the Kansai region of Japan. Sometimes documentation, sometimes score, and sometimes the work of a poet and an architect engaging with these sites, Field Poetics spins, suspends, and extends a relation to place.

In THE GOOD READER series:

Why in our globalised twenty-first century the idea of a world capital city is passé. This essay examines the hypotheses promoted by Walter Benjamin’s Arcades Project and Kenneth Goldsmith’s response Capital: New York, capital of the 20th century, that Paris was the unofficial world capital city of the twentieth century—a mantle inherited by New York—and declares the model unfit for purpose in the twenty-first. Despite an apparent recrudescence of the nation state, the capital city as power base looks increasingly like a tribal relic, as digital technology rewires humans and our shared fate is thrown into stark relief by one ecological disaster after another. With the inexorable spread of the urban, pockets of sustainable business practice and hipster lifestyles suggest global capitalism is mutating from the inside, lured by the promise of an acephalic future.

The Desire for Haiku

For two years we have been reading The Preparation of the Novel by Roland Barthes, the collection of the series of lectures he gave at the Collège de France between 1978 and 1980, completed shortly before his death in 1981. He declared his intention to write a novel, and in this pedagogical experiment, explores the trial of novel writing. This year we are reading his lectures on his favourite literary form, the haiku, a poem of seventeen syllables in three lines of five, seven, five, usually containing a seasonal reference.  He confronts the problem of how to pass from Notation (of the Present), ‘a short fragmented form’, to the Novel, ‘a long continuous form’. For Barthes, the haiku is an ‘exemplary form of the Notation of the Present’, ‘a minimal act of enunciation’ that ‘notes […] a tiny element of “real”, present, concomitant life’.Our haikus are Barthes’s haikus, or rather, our haikus are constructed only of his words, extracted from the chapter entitled ‘The Desire for Haiku’, one from (or even for) each page. It is an experiment in writing, if not a search for a form (for thatis given), drawn from our more or less monthly meetings during the academic year around a table to talk about writing, the trial of writing, one that may show the rhythm of our reading.

The above is from a series collecting and reframing found images that casts a rather unsavoury, even sinister gaze on a representation of childhood.

MA BIBLIOTHÈQUE will be at

Pascal O’Loughlin will perform alongside Vicky Sparrow, Amy De’Ath & Camilla Nelson on 18th April, 7pm at the Other Room. Free entry as ever. It’s our tenth birthday! Here’s a performance by Pascal and also one of the four posters for the night below that, which shows our readers over the years:

Vicky Sparrow will perform alongside Camilla Nelson, Amy De’Ath & Pascal O’Loughlin on 18th April, 7pm at the Other Room. Free entry as ever. It’s our tenth birthday! Here’s part of one of Vicky’s poems and also one of the four posters for the night below that, which shows our readers over the years:

Veer Books will be holding a launch reading on Monday, March 26th 2018, 7:30-9:00pm, at Birkbeck College, in association with the CPRC Birkbeck (note the new date).

We’ll be launching some new Veer publications, with readings by the authors:

Free and All Welcome. Wine and drinks provided.

Another big night in the not too distant future from James Davies’ publishing house if p then q. Wang it in your diary.

Early notice of this event which is organised by The Other Room’s James Davies,  current Poet in Residence at the university. The day will feature a number of amazing poets. Get the date in your head now! Guildford is just 30 minutes from London Waterloo. More on where  and how to buy tickets soon but should be around £5.

As part of the INSIDE/OUT lecture series Derek Beaulieu delivers his talk, Making Nothing from Nothing.

Archiving Your Self Yourself: Quantified Self Studio

At a time in which we are archived by others, often through digital means, it seems more and more important to attempt to define ourselves – on our own terms – as individuals and as members of a diverse range of groups. Written attentively, poetry that archives the self is subversive and can present radically different narratives to those purported by digital and mass media. By using methods such as diaries and collation of information one can conduct a close examination of the self as it stands, now and then, to see how it fits into the bigger picture. 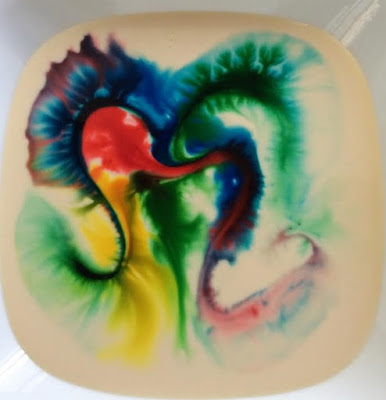 Check it out HERE

“A book that asks, abstractly, are letters shaped like bodies? Can words evoke faces, captured in a screen? Who, or what, is assimilating, who or what? Aletta Ocean’s Alphabet Empire is a collection of art poems, hand wrought in black, grey, silver and white, fashioned with indian ink, paint and pen, worked with techniques that edge around writing, vying with abstraction, constantly harrying semantic meaning and legibility.

Five years in the making, conceptually this is a book about sex, poetry and pornography and the disconnect between the former and the latter. These pages explore technology in its absence and aim to evidence the power of materiality and the body, and our hands, that are still required for touch.”

“Searching AOAE online (Aletta Ocean’s Alphabet Empire) shows a YouTube clip of Japanese cats mating. What’s a word in any case if not a monster? A monster that eats words. The toner explodes on the office carpet spilling out a perfectly formed oeuvre. Serifs skywrite like migrating gannets. The rorschach accidentally tells you what to think. The printed facsimile becomes original when the world goes JavaScript. The dollar sign is a duck walking backwards into a lake. The ATM dispenses glyphs. How do we know people have faces when they take the day off work? The tank rolls over the charcoal leaving a map of Iraq or a new version of Cathay. We’re back in the world of Artaud’s final journal where, thank fuck (and at last) we’re not being told what to think. Aletta Ocean’s Alphabet Empire is an almighty triumph, a well-earned relief. Picasso said it took a lifetime to learn to paint like a child. Or, for that matter, like the mad.” Chris McCabe 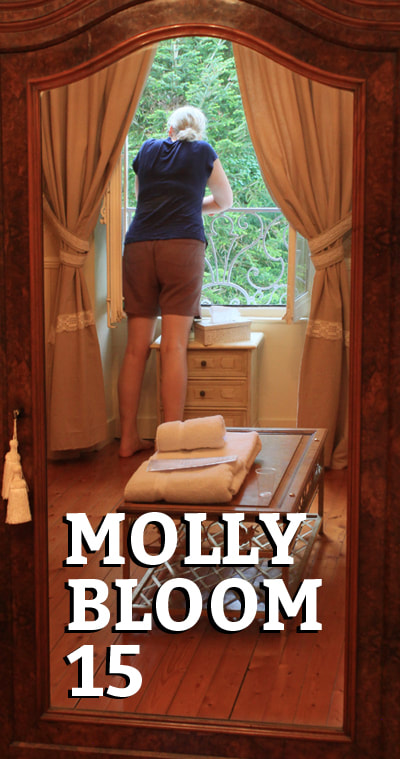 A new issue of the online magazine featuring Tim Allen, Sarah Hayden and many others.

‘His last words were not ‘Mehr Lict!”— Contemplate inevitable death in About the Author by James Carter

The European Review of Poetry, Books and Culture is an online literary journal, funded by the European Union, aiming to create an anglophone publication platform with a focus on continental Europe and world beyond.

Over 80 original essays, articles and reflections from writers across the world will be commissioned and published over the next 12 months. Initial commissions include new pieces by Rasha Abbas, Harry Man, Joanna Walsh, David Spittle, Christodoulos Makris, Andrew Gallix, Rocio Ceron, Catherine Humble and many more. New articles are soon to be published daily at www.versopolis.com